MEN OF WOOD AND FOAM 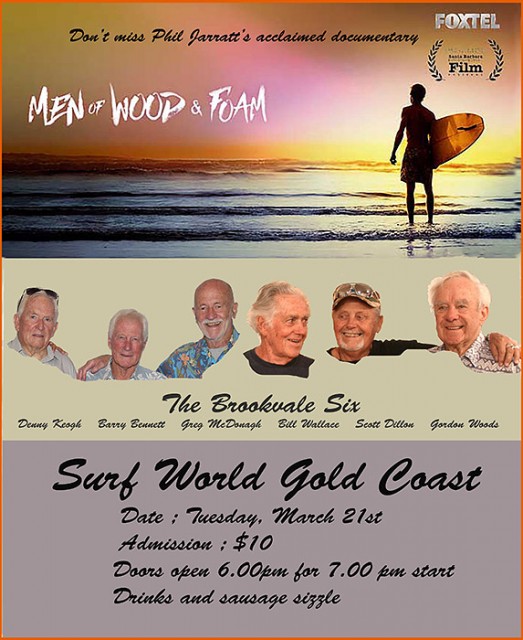 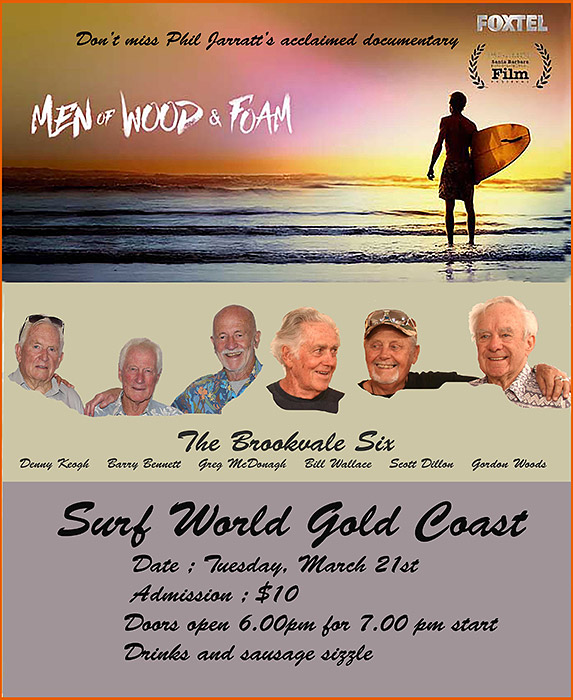 The film focuses on the “Brookvale Six” – Gordon Woods, Bill Wallace, Scott Dillon, Barry Bennett, Greg McDonagh and Denny Keogh – who range in age from 91 (Gordon) down to 79 (Denny), but there also many valuable contributions from contemporaries in the Brookvale factories of the early 1960s, such as Joe Larkin, Bob Cooper, Shane Stedman, Bob McTavish, Nat Young and the late Midget Farrelly.