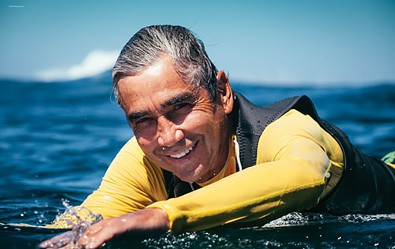 An added feature of the night will be the showing of the short movie ‘ The Fishermans Son’. Both films are part of Patagonia’s new initiative, The New Localism.

Doors will open at 5.30pm for 7.00pm start. Food and drinks available 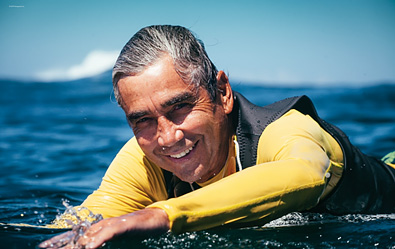 Gerry Lopez first surfed Uluwatu in 1974. The Hawaiian surfer had seen a photo of good friend, Wayne Lynch surfing the wave and followed the clues to Bali. When he eventually found it he paddled out alone.

The ‘Island of the Gods’ was still a well-kept surfing secret and shrouded in mysticism. Lopez and his crew scored perfect surf, and the experience resonated deeply with him. “We thought we’d died and gone to heaven,” he recalls.

Forty years later Gerry returned to Uluwatu, to host a yoga retreat, get a few waves between classes, and reconnect with a piece of his past.Uluwatu had changed. The old dirt track out to the wave was now a road, log jammed with tourists, the white cliffs were now studded with stucco resorts, and the empty waves Gerry had surfed in 1974 were now full of surfers. He also found that the pristine local environment was straining to cope with the pressure of development. 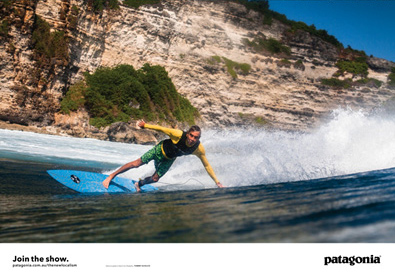 But over the course of a week Gerry reconnected with the spirit of the place, and found that the more things change…
In the film, Gerry uses Uluwatu – and surfing – as a metaphor for change. Gerry’s message is that change is inevitable, and we should see it, accept it, live in the moment and positively guide that change. There’s a wider message in the film that extends beyond the Bukit and Bali and beyond surfing.

“Surfing is such a great metaphor for life,” says Gerry, “because out in the ocean everything is moving, I mean nothing holds still for you. With snowboarding it does, the mountain, more or less, holds still for you when you are riding it. But in the ocean everything is just in constant motion and life is really the same way. If you don’t move with it, life just passes you right by. So from surfing you learn a great and really wonderful lesson that you have to move with it, to be in the moment spontaneously and to go with the flow smoothly.” 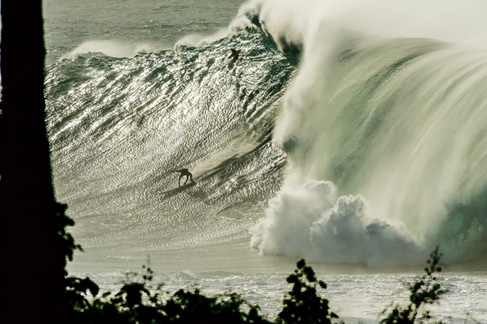 Born and raised at Punta de Lobos, Ramőn Navaro found his passion riding the biggest waves on the planet. But his accomplishments in giant surf are just one of a bigger vision to protect the culture and environment of the Chilean coast.
Tweet
Surfboard Appraisal Day – Sunday 1 November
EVO – Bob Evans Exhibition | 60 Years of Pure Stok...